I hear various people–not to mention political commentators–saying that their criticisms of our current President, Barack Obama, are not racially based. I’m not saying that Mr. Obama hasn’t done anything that might merit criticism–critiquing our political leaders is a prime sport in any country that elects its leaders. What I object to are the criticisms that are clearly dipped in the acid of race-based dislike, and I think plenty of the criticisms of Mr. Obama have been so dipped.

Years ago I taught Civics and American History to what were then called Junior High Students. Later I taught American History to high school juniors, and eventually literature, English, and some related subjects to college students. I tried so hard to help my students understand that it’s important for all of us in our evolving world to learn to see beyond what I then called “accidents of birth”–the things we’re born into such as skin color, eye shape, overall health, nationality, overall health, genetic gifts and deficits–

At the time I thought this was much easier than I now perceive it to be. It seemed so simple and obvious then. Now I think that overcoming fear of the stranger, people who are different, whose understandings of almost everything are different, whose cultures, customs, food, dress, are different, takes spiritual work. It requires first understanding that I have attitudes and ideas that are not congruent with who I believe I am, or who I want to be. Then I have to dig those out, examine them, and decide if I really want to change them, overcome them, whatever. And then work at it. I don’t claim it’s easy, just that it’s worth the effort.

On the other side of that process is seeing differently: seeing the ways in which people are all similar, and then learning to love our wonderful variety, eventually seeing the beauty in all kinds of us. It’s a gentler, more peaceful world, with far less fear and anger.

I’ve been told that this is a Pollyanna attitude–actually by a seminary professor, who should have known better. As a religious person who happens to be Christian, I believe we are all made in God’s image. All our wonderful variety is part of God. Our First Family is God’s gift to us, with plenty of meaning to be found in recognizing the grace in that gift. 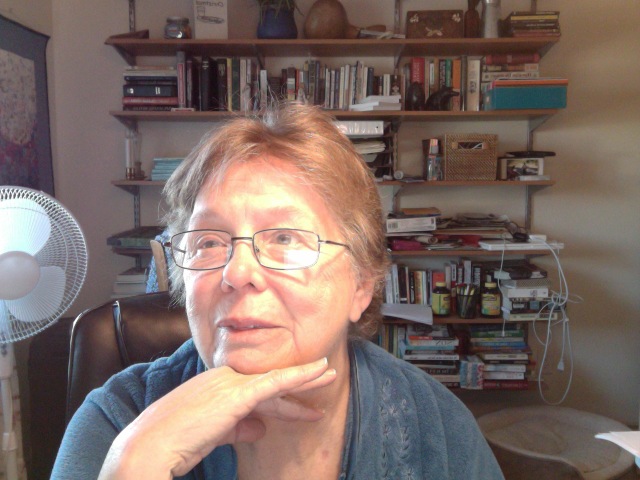